The House of Mirth

Part of The Book Club 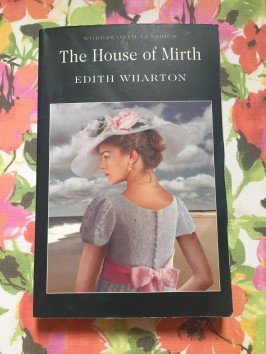 The House of Mirth by Edith Wharton was a nice surprise during my university course. Wharton’s writing reflects the elegance of the time, whilst forcing the reader to confront the restraints placed upon women at the start of the 20th Century.

Lily is the beautiful but tragic protagonist. Lily is part of New York high society, but is somewhat below her friends due to her dependence on their wealth to support herself. At times she is treated more like an assistant than a friend – she feels obligated to help them in return for staying at their lavish houses.

Lily desires to marry, but prevents herself due to a multitude of reasons. Whilst marriage would give Lily financial independence (at least from her friends) and make her female head of her own household, her integrity prevents her from picking a man simply because of money.

However, her high society friends cast Lily out in order to save face and hide their own twisted secrets. Lily’s downfall comes from her specialisation – she is a pretty, young, woman who can party and entertain on the cheque book of her friends. Once Lily falls through the social ranks she finds herself attempt to join the world of work. Lily dreams of rising to a better position but fails to grasp the basics of her current role.

(Big spoiler) Lily eventually overdoses on chloral hydrate, which she uses to help her sleep. The end Lily meets is made even more bitter by one of her suitors (the most genuine of them all) having arrived too late to propose to her. There are many academic essays that dissect the death of Lily, making the case both for suicide and accidental death. In addition, the tradition of female characters having only two conclusions to their stories – marriage or death – is present here, this can also be seen in The Romance of a Shop.

Regardless of the ending of the novel it is an excellent book that digs beneath the superficial surface of wealthy society. Wharton produces a text that is thoughtful, interesting, and a true adventure.